The District Grand Lodge of Cyprus, on the 29th of May 2022, held with great success the Annual Peter Lowndes Open Challenge Cup Golf Tournament at The Aphrodite Hills Golf Club in Paphos, Cyprus.

The event was graced by the presence of the Most Worshipful the Pro Grand Master, Peter Geoffrey Lowndes, and also W. Brother Leslie Hutchinson the CEO of the Masonic Charitable Foundation (MCF), together with several dignitaries from the British Sovereign Bases as well as by a large number of brethren and guests.

The competitors were playing to win the first Prize of the ‘Peter Lowndes Challenge Cup’, two runners up were presented with 2nd and 3rd Prize Cups along with prizes for the Longest Drive and Nearest to the Pin. The overall winner of the Peter Lowndes Challenge Cup Open Golf Tournament 2022 was Mr. Philip L. Mallion the Fiscal Officer of the British Sovereign Bases of Cyprus a non-Mason, watch this space !

The M.W.Bro. Peter Geoffrey Lowndes was presented with a special prize by W.Bro Marios Pantelides & W.Bro Adnan Nuwayhed, not for the longest drive into a Bunker but for his continual personal support for the event.

The Awards ceremony was followed by a Gourmet buffet and was enjoyed by 78 brethren, guests and children at the Aphrodite Golf course club house.

Through donations, sponsorships and fees from the participants a substantial amount will be donated to SPAVO, the Association for the Prevention and Handling of Violence in the Family, a non-governmental non-profit organization, based in Nicosia, Cyprus. Its main aim is to offer help and support to people who face domestic violence and to uphold their rights.

The evening before, The Most Worshipful Pro Grand Master Peter Geoffrey Lowndes attended an Emergency meeting of the Cyprus Master’s Lodge held in his honour together with W. Brother Leslie Hutchinson the CEO of the Masonic Charitable Foundation who delivered an eloquent speech describing the work and the scope of the Foundation.

R.W. Bro. Michael Hadjiconstantas then presented W.Bro. Les Hutchinson with a silver plaque in appreciation of his time and energy launching the Masonic Charity Foundation Relief Chest of Cyprus. W.Bro. Les in his response mentioned that it was a suitable gift as today was his Silver Wedding Anniversary ! He also stated that in promoting ‘Teddy’s for Loving Care’, this visit to Cyprus was the first trip of the ‘Traveling Bear’ to another Country it is intended that the Bear will visit around the world promoting TLC.

We are in the process of planning the 2023 Peter Lowndes Challenge Cup Open Golf Tournament which will be held on 28th May 2023 and we are looking forward an even larger number of participants and even more successful event, one for your Diary. 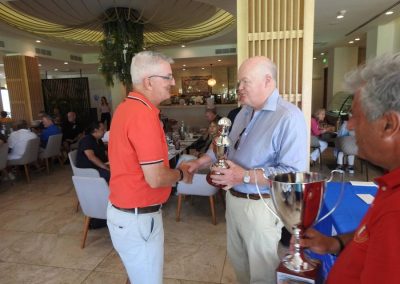 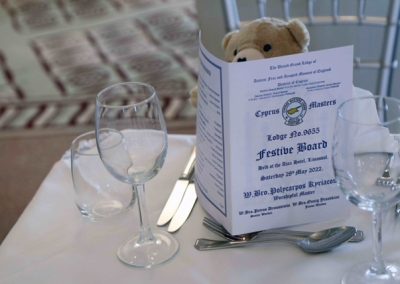 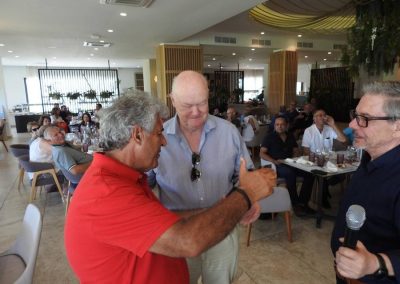 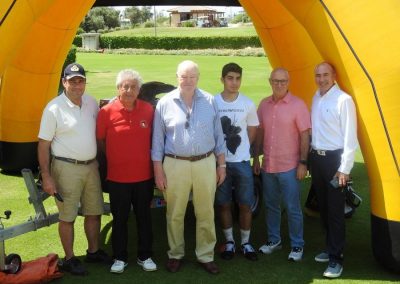 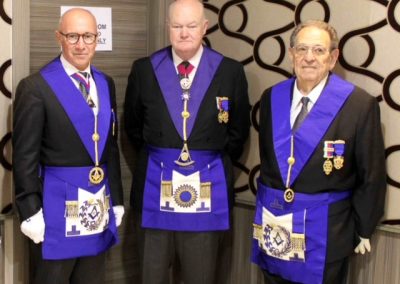 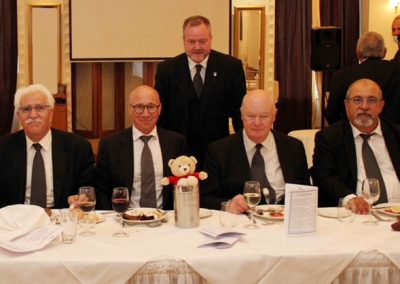