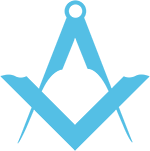 The years that succeeded World War II proved to be a period of progress for the Craft in the island during which Freemasonry under the English Constitution flourished especially in Nicosia. By the early 1950’s membership of St. George’s Lodge No. 3135 had grown to such an extent that there was always a waiting list of candidates for initiation. Worse still was the situation as regards the chances of advancement in the craft by Brethren.

A notice about the proposed formation of a new Lodge was circulated among members of the three Lodges then working in Cyprus under the English Constitution. Thirty-three Brethren offered themselves to be the Founder Members of the new Lodge.

The Petition to the M.W. Grand Master, Rt. Hon. Earl of Scarborough, K.G., was signed by the Founders and forwarded to Grand Lodge. The Petitioners’ prayer was acceded to and a Warrant from the M.W. Grand Master was granted dated 7th March 1956. The Name of the new-Lodge was to be Lusignan Lodge, its Number in the Register of the United Grand Lodge of England was 7453, and the place where it should meet was to be in Nicosia, Cyprus.

It was decided to hold the Consecration Meeting in the Ledra Palace Hotel, which could provide both the required space and adequate facilities for proper tyling. When everything was ready, the Consecration Ceremony took place on Saturday the 24th November 1956, in the presence of 73 Brethren.

The Name “Lusignan”
Several suggestions were put forward regarding the naming of the new Lodge. Eventually the name “Lusignan”, suggested by W. Bro. F. Lushington, was adopted and entered into the Petition.The name “Lusignan” was an appropriate choice because of the historical connection of the Lusignans with Cyprus. Furthermore, the period of Lusignan reign (A.D. 1192-1489) was closely associated with the influx into the island of mediaeval building fraternities of Operative Freemasons, who engaged in the construction of public buildings and religious edifices. Many of these castles, palaces, cathedrals and abbeys and the Masons’ Marks thereon survive to date as proud monuments both of the builders’ high skill in architecture and of the influence of the mediaeval building guilds in the evolution of Operative into Speculative Freemasonry.

Warm fraternal relations, regular inter-visitations and a close co-operation exist between the administrations and members of the Nicosia Lodges.

For information contact the lodge Secretary by e-mail here